The Stamp Duty Cut That Has Helped First-time Buyers Save 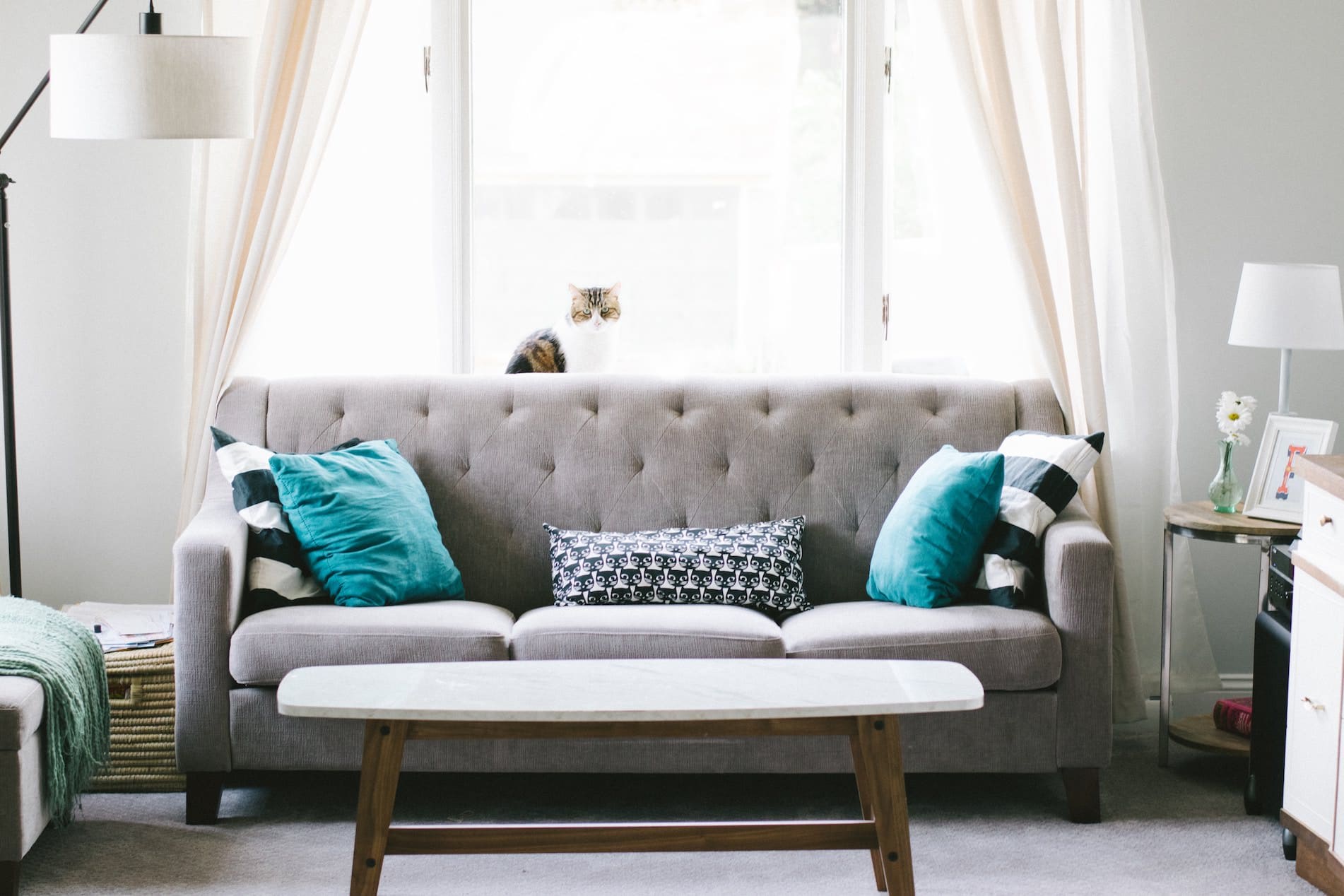 Since November 2017, more than 120,000 first-time buyers have saved £284,000 following the introduction of first-time buyers’ relief from Stamp Duty Land Tax (SDLT). SDLT is a tax on properties in England and Northern Ireland. It is estimated that, over the next five years, this relief will help over a million people get onto the property ladder.
The relief ensures that first-time buyers purchasing homes valued up to £300,000 do not incur a SDLT charge at all – with those paying up to £500,000 also benefitting from a reduction.
Mel Stride, MP, The Financial Secretary to the Treasury said, “once again, we can see that our cut to stamp duty for first-time buyers is helping to make the dream of home ownership a reality for a new generation – exactly as we intended…”.
He added, “In addition, we’re building more homes in the right areas, and have introduced generous schemes such as the Lifetime ISA and Help to Buy.”
Scotland and Wales
Those buying property in Scotland pay Land and Buildings Transaction Tax (LBTT), whilst those in Wales (since 1 April 2018) pay Land Transaction Tax (LTT). Earlier this year, Scotland introduced its own version of a new LBTT relief for first-time buyers of properties up to £175,000.
The Scottish relief raised the zero-tax threshold for first-time buyers from £145,000 to £175,000. It is estimated that around 80 per cent of first-time buyers in Scotland will pay not LBTT at all.
Furthermore, Scottish first-time buyers acquiring properties above £175,000 will also benefit from relief on the portion of the price below the threshold – meaning all first-time buyers will benefit from the relief by up to £600.
In Wales, where SDLT has been replaced by a LTT from 1 April 2018, the starting rate will be £180,000, benefiting not just first-time buyers but all home buyers in Wales.

HMRC warns: Declare offshore assets
As of 1 October, the new Requirement to Correct (RTC) rules are upon us. Previously, under HMRC Offshore Disclosure Facilities, taxpayers had been encouraged to come clean with an offer of lower penalties than would have been incurred if “the error” had been discovered by HMRC.
All that has now changed. Failure to Correct rules, introduced alongside RTC, leave non-compliant taxpayers facing penalties of up to 200% of the resultant tax liability – or even more. Where the tax involved exceeds £25,000 per tax year, an additional penalty of up to 10% of the value of the asset concerned may be charged.
RTC only applies if HMRC is able to raise an assessment to recover the tax unpaid on 6 April 2017. Normal assessing rules apply to decide whether HMRC is able to raise such an assessment.

The most common reasons for failing to declare offshore tax are in relation to foreign property and holiday homes, investment income, and moving money into the UK from abroad.

Mel Stride, The Financial Secretary said, “Since 2010 we have secured over £2.8 billion for our vital public services by tackling offshore tax evaders, and we will continue to relentlessly crack down on those not playing by the rules.”

RTC is supported by the Common Reporting Standard (CRS), an international legal framework permitting the automatic exchange of information, between different country’s tax authorities, regarding financial accounts and investments held by non-residents, in order to help stop tax evasion. CRS came into force in the UK in 2016. In excess of one hundred countries are already signed up to CRS and are starting to share information. It has already significantly increased HMRC’s ability to detect UK taxpayers’ overseas non-compliance.

New Fuel Rates published for Company Cars
New company car advisory fuel rates were published, on September 1st, with the guidance indicating that the previous rates may be used for up to one month from the date the new rates applied. This only effects employees using a company car. The listed rates are shown below.

Hold tight for Brexit! Business guidance in the event of no deal
With less than six months to go until the UK leaves the EU – and with no post-Brexit deal yet on the table – there’s no doubt that we are entering unchartered waters. So, what should we do?
Chequers statement
The UK’s Government insists that preparations for a no-deal scenario are part of its overall Brexit preparation strategy. Indeed, the Prime Minister’s Chequers statement, issued after her cabinet’s infamous July away day, included a pledge to step up preparedness for all possible outcomes to the negotiations, including a no deal scenario.
August technical notices
On the 23 August, a little over a month after May’s statement, the Department for Exiting the EU published 25 ‘technical notices’.
The documents covered such diverse areas, as:
• Applying for EU-funded programmes
• Driving and transport
• Farming
• Money and Tax
• Importing and exporting
• Regulating medicines

The notes were supported by guidance entitled “UK government’s preparations for a ‘no deal’ scenario”. Its aim was to put the technical notices in context by explaining the Brexit negotiation’s progress to date and what might happen if the UK were to crash out of the EU.
September White paper
In early September, the House of Commons joined the party by publishing a briefing document (white paper) called “What happens if there’s no Brexit deal?”

At 172 pages, it’s not exactly a bedtime read. Nevertheless, its fifteen chapters cover all areas from “how could no deal happen?” through to “external relations”, and it is an excellent source of no-deal Brexit information.

HMRC publish a letter
In an unprecedented move, HMRC wrote to 145,000 businesses across the UK about the ramifications of a no-deal Brexit, should Britain crash out of the EU and the Customs union on the 29 March 2019.

The letter, written by HMRC’s Deputy Chief Executive Jim Harra and published on the 17 September, started positively by acknowledging:

It then sought to give a degree of reassurance by stating “The approach of continuity does not mean that everything will stay the same, but the priority is maximising stability at the point of departure.”

After referring to the government’s focus “on securing a future partnership with the EU following the end of the implementation period in December 2020”, the letter’s tone changed. Harra referred to a no-deal eventuality being unlikely and continued to reassure readers: in the event of no-deal, the government is committed to prioritising stability for businesses.

“we will continue to work closely with industry to ensure that interventions in a no deal scenario are conducted in a way which minimises delays and additional burdens for legitimate trade, while robustly ensuring compliance.”

If a disorderly exit happens there would, of course, be immediate changes to the way British businesses trade with the EU. Jim’s letter set the position out very clearly:

“If we leave the EU without a deal in March 2019, there would be immediate changes to the way UK businesses trade with the EU that impact on your business.
This includes:
• UK businesses having to apply customs, excise and VAT procedures to goods traded with the EU, in the same way that already applies for goods traded outside of the EU.

• Trading partners in the EU having to apply customs, excise and VAT procedures to goods they receive from you, in the same way that they do for goods received from outside of the EU.

In particular, if your business currently trades only with the EU then you’d have to start completing customs declarations from March 2019 and customs checks would apply to your business for the first time.”
The letter concludes by saying, “there is no need to contact HMRC at this stage”. However, it suggests, “If you’re a member of a trade body, they might have useful information on their website. VAT advisers, customs agents, freight forwarders and other businesses also have services to help you to follow customs rules”.
There are many sources of information on Brexit, from listening to the TV and radio through reading newspapers to searching the web. However, some are more reliable than others. To get a balanced and informed view of what is going on, it is wise to access information from more than one source.

Government sources of information
• GOV.UK “Brexit” pages – you can sign up to receive regular updates.
• Government has published technical notices across a range of topics on GOV.UK to explain what will apply if the UK leaves the EU without a deal, including:
o The House of Commons published a white paper in early September
o HMRC’s Jim Harra’s “advice and guidance” letter
To discuss how this may impact your business, please contact us.

Blog: 5 Steps to Resilience
Running and managing your own business can be one of the hardest challenges of your life. The ups, the downs, the cash flow challenges, finding the right people – the list is endless. Likewise, though, are the ups in terms of success: winning the next deal, finding the best employees to help you.
However, one common trait business leaders possess is their ability to battle through the hard times, by way of resilience – a heroic struggle that is not for all. Resilience is not something we are born with, but instead is something we develop during our lifetimes. Below are the five essential tips on how to become more resilient.

It is also important to recognize that you are in control as to whether the glass is half-empty or half-full. Reframing your thoughts can also help you to be positive, so that you can alter the perceived value of the challenging event by accepting it and recovering from it.

Rather than withdrawing and surrendering to your stress situations, the most resilient individuals use active rather than passive coping skills. You could minimise the self-questioning caused by the stress situation by creating positive thinking and in turn facing the fear directly.